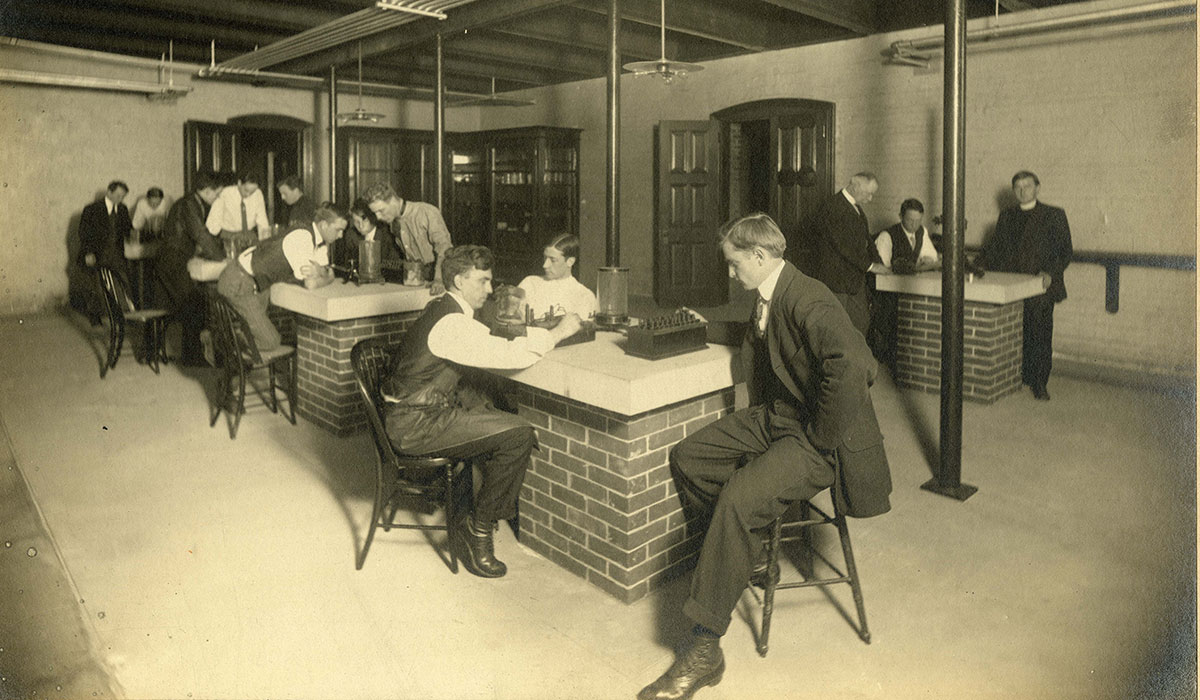 Clyde Cowan, at right, who taught physics at Catholic University from 1958 until his death in 1974, was co-discoverer, with Frederick Reines, of the elementary subatomic particle called the neutrino. For this discovery, first announced in 1956, Reines was awarded the Nobel Prize in physics in 1995. He received the prize in both his and Cowan’s names.

Neutrinos are particles lacking an electric charge that travel close to the speed of light. They whiz through ordinary matter almost undisturbed and are thus extremely difficult to detect. Billions of them — mostly emitted from atomic reactions within the sun — pass through each human being’s body each second.

In the photo, taken at CUA in the 1960s, Cowan and fellow professor Theodore Litovitz examine a model of a device similar to the one Cowan and Reines used at the Savannah River nuclear reactors in Aiken, S.C., to demonstrate the existence of neutrinos. 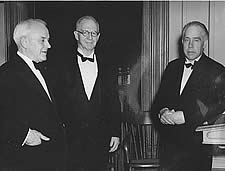